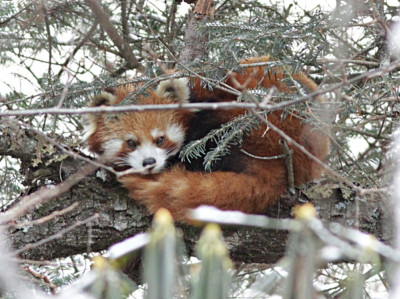 With COVID it has obviously been impossible to carry out trips with overseas clients, but for ex-pats stilled based in China it’s still possible as long as you have an up-to-date virus green code on WeChat and current documentation of a negative COVID test.

During the last week of December Sam, who flew in from Hangzhou, and I set off from Dujiangyan to a location in the Hengduan Mountains where we have previously sighted Giant Panda. Getting there we had to go through a couple of Police checks – but with all our papers in order we had no problems in getting through to our destination. 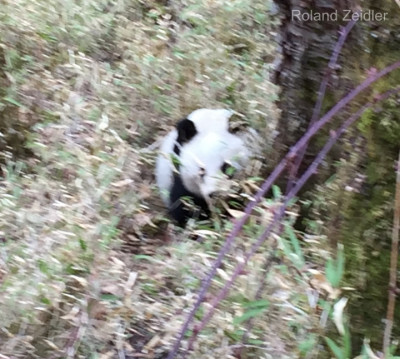 The weather was cold – freezing nights and snow during the day. While birds and mammals were hard to find in these difficult conditions the fresh snow falls had the obvious advantage of showing tracks – and Red Panda and a couple of obvious Giant Panda tracks were found. 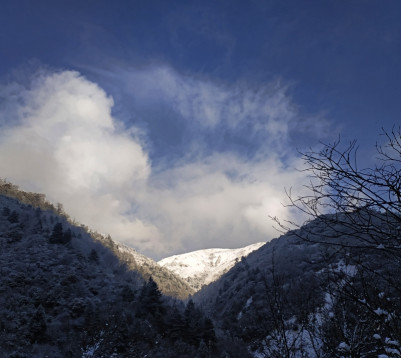 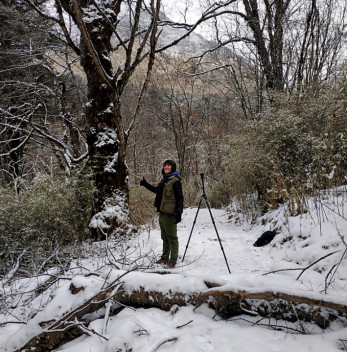 However, it still took us until day two to find our first Red Panda and day three to find one that was easy to photograph. We tried various strategies to view Giant Panda – long range scanning, using both scope and imager and dawn stakeouts at spots where we had found tracks, but this time with no luck. Our closest was finding evidence of a Giant Panda rubbing in Horse dung – a habit that has been reported and studied by panda researchers; read here. 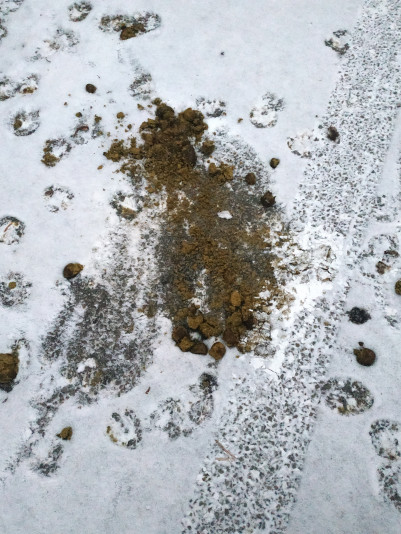 among the horse, human and tyre tracks you can see those of a Giant Panda - it has scrapped and rubbed itself in the horse dung

The only other mammal seen during the trip was a single Tufted Deer and a Red Fox scavenging from the hotel garbage bins – two, maybe three, Red panda were sighted – but we strongly suspect that tow sighting involved the same animal on different days.