Usually hard at work during migration season, we’ve not had the chance to really observe the considerable raptor passage that goes over our own home birding patch. However, the COVID hiatus has changed all of that, and given opportunity into putting a bit more effort into local birding and BOP-watching. That task is made even easier since it’s practically a kitchen window job – collecting a brilliant list of garden ticks, scoping from the roof-garden of our apartment block. Prefect birding for any lockdown!

We live on the outskirts of Dujiangyan, a satellite city to its huge neighbour Chengdu, that’s situated on the western edge of a huge, 230,000 km2, land depression called the Sichuan Basin. The basin, a flat plain largely devoid of ridge and valleys landscape, must pose a challenge for large soaring birds that heavily rely on thermals and wind for long distance travel. This means passage over the basin becomes a bottleneck, where passage raptors concentrate migratory flyways to the few areas of sloping land that gives the best lift. Around Chengdu, the major flight corridor is found over a north-south leading ridge just to the east of the city – Longquan Mountain - but birds also use a route on the high ground that borders the very edge of the basin to the west at Dujiangyan. This thermal giving landscape lies just at our doorstep. We literally live within walking distance from where the first hills rise abruptly from the basin flatlands. Result, lockdown friendly, stay at home birding, where, daily, we can view scores of soaring passage birds and on occasion can count can hundreds. Circling Raptors, and the occasional Black Stork, finding thermals and lift to catapult themselves from ridge to ridge. 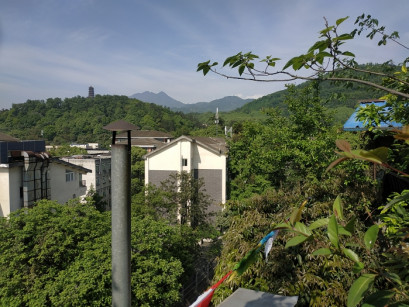 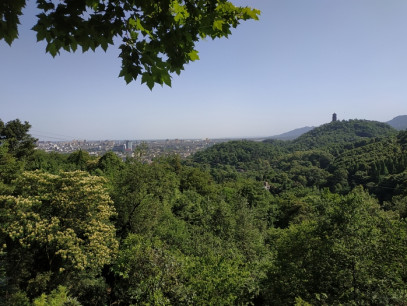 Our garden scoping has given a list of 20 raptor species. 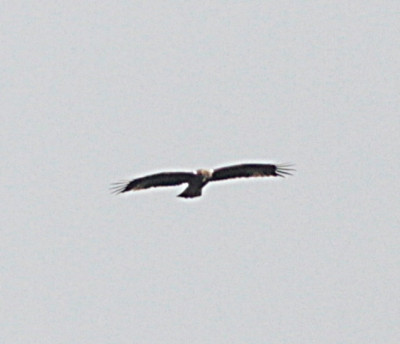 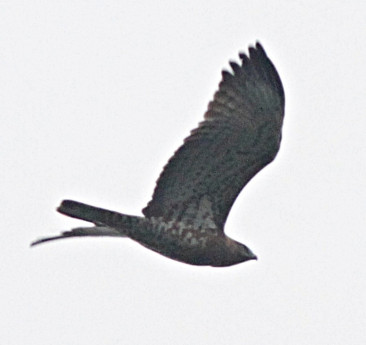 We were particularly pleased with the records of Short-toed Snake, Booted and Greater Spotted Eagle – all species that have not featured on many Sichuan birding lists. The same species were also seen at the Longquan raptor watching sites, where Chengdu Bird Watching Society have organised raptor counts. Here, additional species, Black Eagle, Pied Harrier, Northern Goshawk, Japanese Sparrowhawk and Amur Falcon, also included Jerdon’s Baza. Around 800km to the north of it proposed range, these northerly recordings are intriguing. This species is also seen by Chongqing based raptor groups, counting on the very eastern edge of The Sichuan Basin. 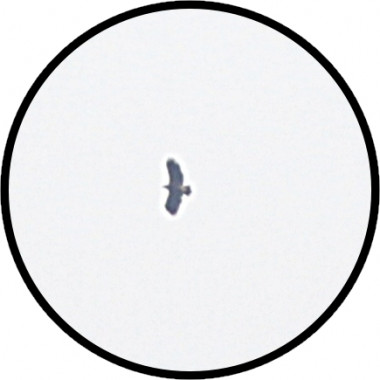 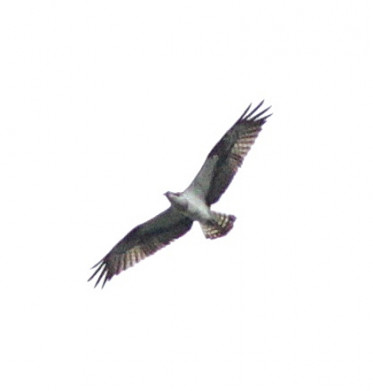 Distant Eagles in scopes can be a problem, also the photo isn't that much help - this Osprey was far easier

Our biggest challenge was trying to sort out identification of high-flying birds – especially the large eagles, where Steppe and Greater Spotted can be a challenge at distance. The Longquan watchers also had Golden Eagle on their list, but wing shape and flight posture makes this fairly easy to recognize. More difficult is Eastern Imperial, which, having a suitable distribution and a single 2020 Chengdu record, must be a possible Dujiangyan passage visitor. Confident Booted Eagle identification can be made by finding the two prominent white flashes (the so-called headlights) on the leading edge of wing-roots. These show up surprisingly well at distance. However, the distinctive underside plumage of the Snake Eagle is a less prominent feature when a single bird is soaring within a group of Honey Buzzards – here photographs become a useful identification aid. 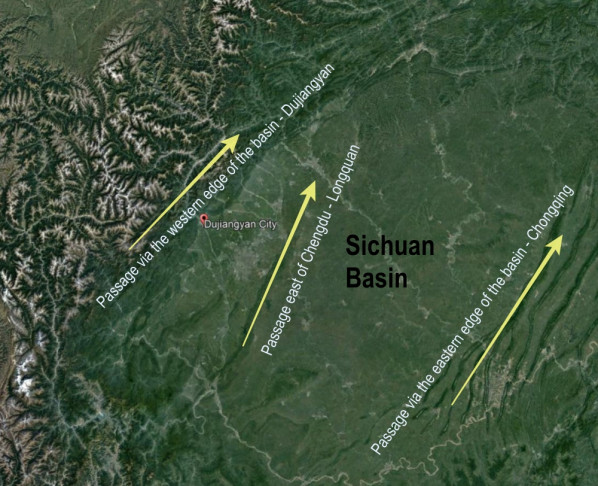 Passage routes through the Sichuan Basin

The most heartening aspect of the raptor migration are the number of people who are taking part. Formerly migrating raptors have been hunted for use in Asian traditional medicine – this was the reason for the mass slaughter and past population decline of Grey-faced Buzzard. In past years we have heard gun fire from high ridges over which raptors migrate and have seen huge nets set up for wintering Japanese Buzzard. But fortunately, with stronger laws, greater awareness over conservation and more people who are ready to watch and patrol prominent passage points this type of persecution seems to be in decline. It’s also good to know that the wonderful sight of hundreds of circling raptors can be a catalyst for Chinese conservation education and, ultimately, a raptor-counting citizen science project. Another good omen for Chinese ornithology. 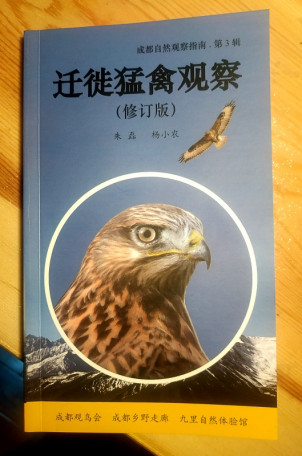 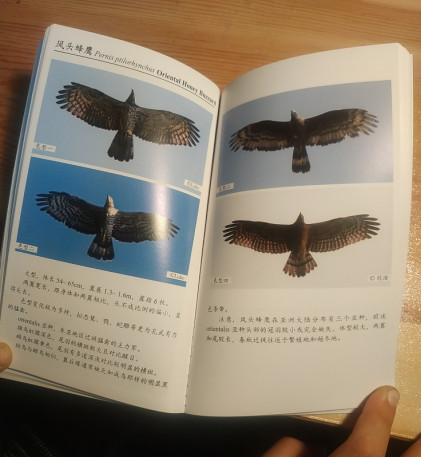 The Chengdu raptor group have produced their own identification material for would be BOP watchers.