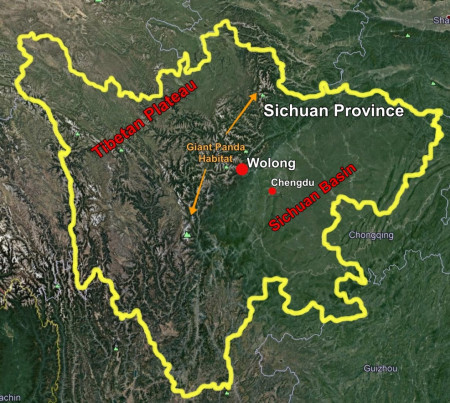 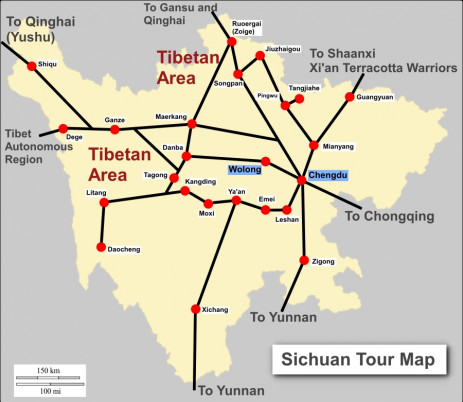 Around half of Sichuan’s areas is taken up by the south eastern corner of the Tibetan Plateau. The border of this geographic feature is easily seen on a satellite image as a line of mountains, part of the Hengduan range, which make up the western boundary of the flat, agriculturally rich and densely populated Sichuan basin, and the foothills of the Tibetan Plateau. On the western side of these highlands lies a high-altitude landscape, predominantly characterised by montane grassland – the Tibetan Plateau. Wolong lies just on the eastern side of this geographic Tibet/China border but already the inhabitants here associate their traditions and culture with Tibetan. This divide obviously impacts the type of destination you will visit during a Sichuan trip - going west and you’re heading into wilder uplands, where scenic splendour, rampant nature and Tibetan culture will be the predominant attractions, and eastwards into the Sichuan Basin, a gentler but far more crowded experience, where Han China, the Orient and modern comforts are top billing. Sites in Tibetan areas, like Jiuzhaigou, rank as some of China’s most famous tourist destinations, while, in the basin, Emei Mountain and the Leshan Big Buddha are equally well known. A third category of sites are those in and around Chengdu, while not forgetting a major reason for many Sichuan visits – the Giant Panda breeding centres.